Well it’s March, and we have been having quite a winter!  December through February it snowed about 3 feet a week.  We were constantly digging out.  This winter we have had over 360″ so far! 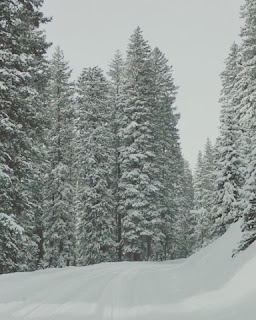 This is the road leading up to the cabins!  They do a great job plowing, but when it’s coming down in buckets, it’s hard to keep up. 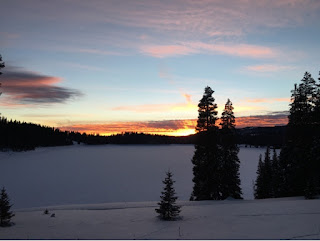 The sunsets this winter have not disappointed! 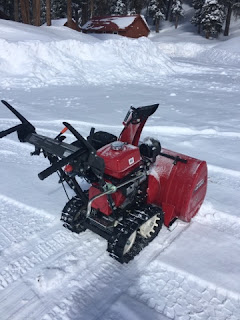 I got to operate big red!  I am now a master snow blower. 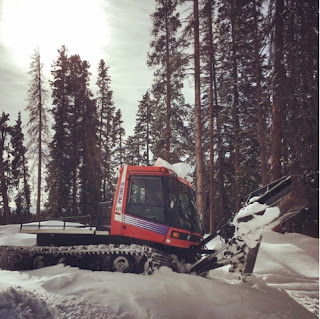 Jeff pushes snow around with the snow cat.

At the beginning of the winter we decided to keep the center pavilion open to guests for the grill and a fire pit area.  It got used quite a bit too!  We save all of our cardboard and then use it to burn a big bright fire!  On New Year’s Eve, we invited all the guests to a pot luck and fire.  It turned out really great!! 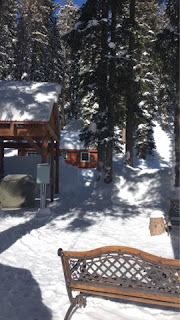 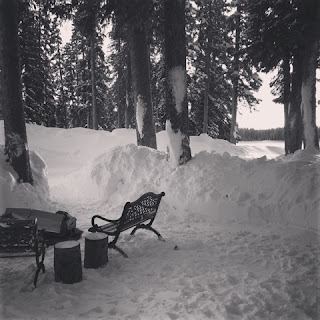 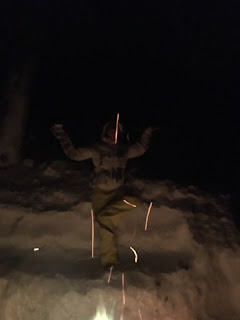 We dug a snow bench into the hUge snow pile Jeff had made with the snow cat.

This year we got our permit snowmobiling.  Jeff has been guiding groups with their own snowmobiles and also people who come up for the day that rent our snowmobiles.  The Grand Mesa has 800+ square miles of terrain.  Most groups take a guide for the first day, get some good ideas, and then ride the rest of the week on their own. 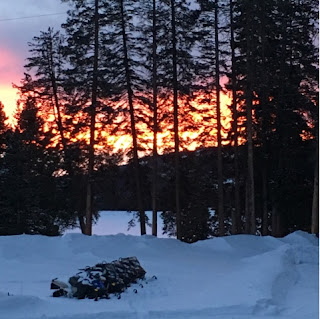 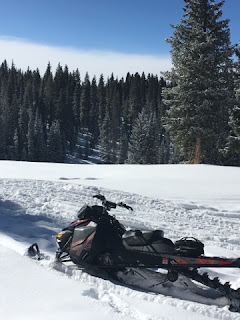 This is the winter of El Nino.  The meteorologists named this El Nino cycle Bruce Lee.  We jumped on board with that and put a little Bruce Lee figure on our snow stake and got a life size card board cut out!  There was a meteorologist from Denver 7 news that came and interviewed Jeff for a story on El Nino.  They ran a story the other night and plugged us as “Thunder Ridge Mountain”.  So if you’re wondering where that is, it’s here, it’s us!  Some of the footage they used was from a customer that stayed with us, he had a drone! 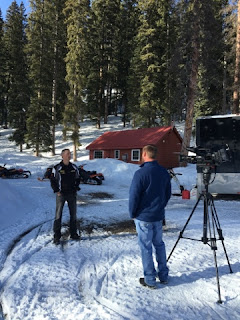 We also had a friend move out from Chicago to live with us.  Cameron is taking on some of our carpentry projects.  If you have stayed with us before, you know that some of the cabins were remodeled before we bought them.  They have built in bunk beds, but there were no ladders.  Now each bunk bed has a ladder!  I had to figure out how to pull the mattress down, make the bed, and put it back up, because I was not about to climb up there to make the beds!  Tricky tricky. 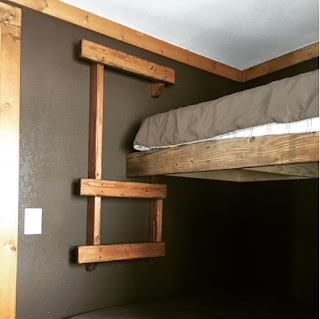 In Cabin 7 we put a lofted bed in the bedroom.  Just another way to maximize the space a bit. 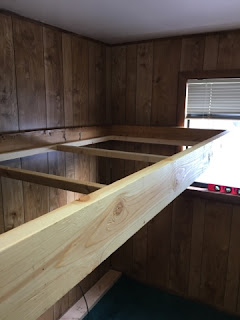 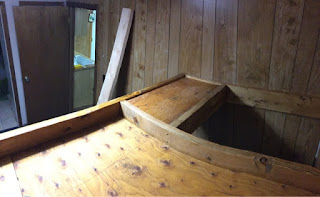 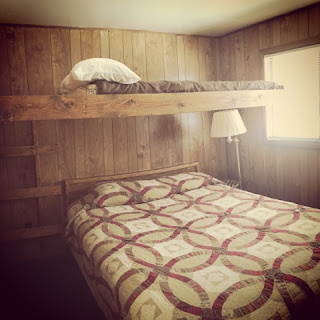 More projects coming this summer!
Cameron and I have been exploring the cross country ski trails quite a bit (Ok he has explored much more than I have).  There are some trails right across the street from us in a non motorized zone.  The trails are kept up nicely, and they are very well marked.  The Grand Mesa Nordic Council has a great trail system throughout the Mesa.  We are trying to reach out to more of the cross country skiers in the area to make sure that they know they can stay with us!  Since we are right on the border of the motorized and non motorized zones, there’s no reason that both groups cannot get along!  And we don’t currently have a large lodge, so most groups hang out in their cabins.  Just sayin, come stay with us!
It’s the end of March, and we have been getting hit with some spring snow.  The conditions are still great!  So come visit all through April!!